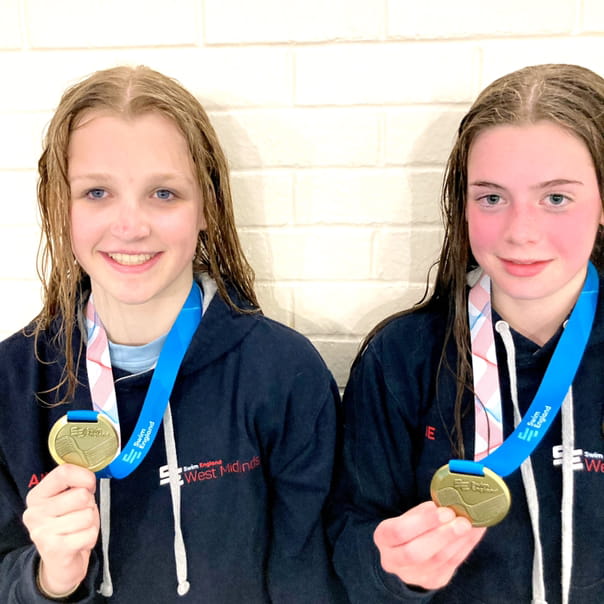 This is the first ever Inter-Regional medal for the West Midlands girls since the split of the Midlands region into East and West, back in 2017.

The team opened their campaign with a convincing 20-4 win over rivals East Midlands. They then went on to defeat East Angels 19-12. On the following day West Midlands drew with Scotland Saltires 11-11 and Ireland 10-10. This gave them enough points to top the leader board and win the tournament.

West Midlands coach Mark Ibbs said “West Midlands is a small region and our girls showed great team spirit, determination and skill to eventually get us over the line. The matches against Scotland and Ireland were particularly thrilling!”

Both Annie and Zoe came to Worcester Crocodiles Water Polo Club from local Swimming clubs. After deciding to stop going to competitive meets they turned their attention to Water Polo to keep their skills in an aquatic discipline.

Water Polo requires speed, power, flexibility and endurance in the water so is perfect for swimmers who want more from their sport.